
This natural tissue breast reconstruction option uses skin and fat from the upper, outer part of the thigh to reconstruct a breast.

The LTP flap is not used as frequently as other natural tissue reconstruction options. This relatively new technique transplants tissue from the upper, outer thigh to the chest using microsurgery and perforator surgery to reconstruct a breast. 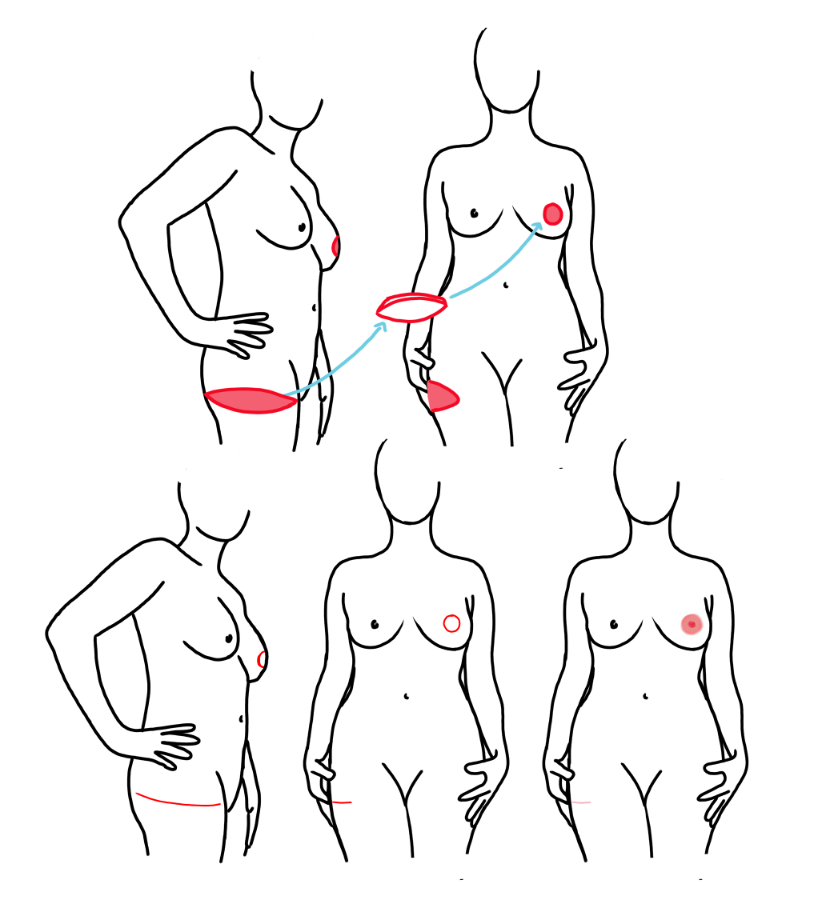 Immediate LTP flap after skin-sparing mastectomy – skin from the flap replaces the missing nipple. The nipple can be reconstructed at a second stage.

The LTP flap can be an alternative for patients who do not want implant reconstruction but lack adequate tissue in the preferred lower abdominal or inner thigh areas.

The LTP flap creates a scar on the outer part of the thigh, which may be a drawback for some patients. All microsurgical procedures carry a risk of flap failure. However, that risk is extremely small when an experienced microsurgeon performs the procedure.

This approach creates a soft, warm breast reconstruction that avoids the need for a breast implant.