“If you find a good doctor, there is light at the end of the tunnel. Don’t give up. If someone gives you an answer that you’re not satisfied with, keep looking.”

When Peggy was diagnosed with DCIS in her left breast in 2018, the news did not come from a warm, in-person conversation with a trusted healthcare provider. She found out over the phone.

“I was home alone and to get that phone call, that really hurt. I don’t know, I guess I was assuming that I would actually go into the office, and they would tell me what to do,” she said.

What she felt next was deep and unabiding fear. She did not even call her husband—she just went to bed and waited for him to come home. After that, things moved quickly, and Peggy’s fear mixed with a desire to be cancer free as immediately as possible. 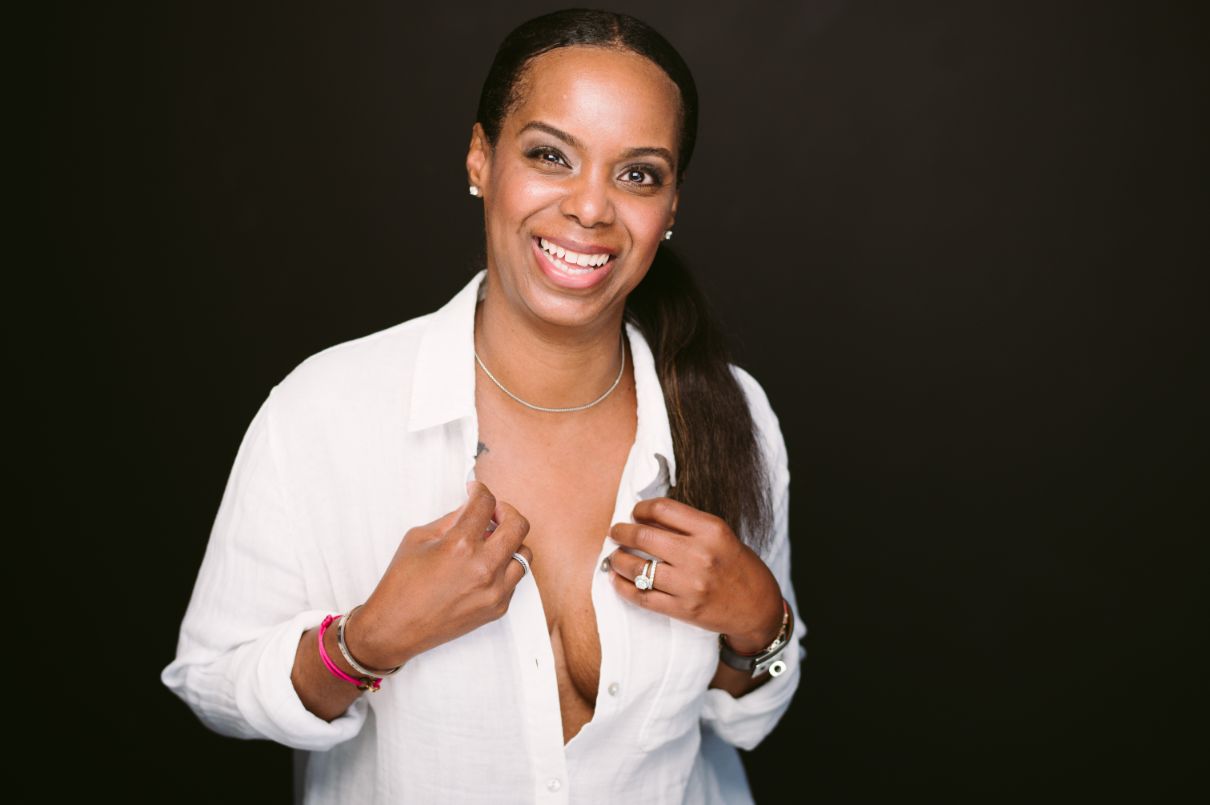 Peggy underwent a lumpectomy and radiation. She did not tolerate the radiation well.

“The left breast was humongous, and it was really swollen and black and tender. There were days where I would go in for radiation, and they would send me home to take a break for a couple of days just to let the breast and skin heal.”

After eight weeks of radiation, she started a three year course of the oral antiestrogen agent tamoxifen. Once again, she suffered side effects that compromised her day-to-day life. Peggy worked with her oncologist to reduce the dosage, but it did not resolve the issue.

A larger problem emerged: Peggy’s sister was also diagnosed with breast cancer. While they had no other family history of the disease, they decided it was time for genetic testing. The pair was BRCA negative, but they both carried a different, cancer-associated gene mutation. Armed with new information, Peggy’s early fear began to fall away. While she was still concerned for her health and her sister, she was ready to start making more proactive choices.

“I spoke with my oncologist and said that I would like to have the double mastectomy. I didn’t want the dark cloud over my head.”

She consulted a plastic surgeon who discouraged her.

“I left his office crying. He told me that my skin was so damaged from the radiation that he did not think that I should do a double mastectomy. He thought reconstruction would fail and leave me with one breast.”

Peggy refused to believe that there was no way to successfully reconstruct her breasts. She sought a second opinion—and she was right. A different plastic surgeon devised a hybrid procedure using tissue from her back over breast implants. This combination of natural tissue and implant reconstruction would restore her breasts and manage her existing radiation damage. Knowing she had reconstruction options allowed her to move forward with risk-reducing bilateral mastectomies, and eased her mind.

“I’m glad I didn’t stop at the first plastic surgeon. I pursued it. I kept going. Just because someone tells us no doesn’t mean that it’s going to be ‘no’ after that.”

Peggy successfully underwent a staged reconstruction in 2019 and completed nipple areola reconstruction and tattoo in 2020. She hopes that her story will show other women that they can get the care they deserve through research and self-advocacy.

“If you find a good doctor, there is light at the end of the tunnel. Don’t give up. If someone gives you an answer that you’re not satisfied with, keep looking. I don’t want people to think that it’s an easy journey, but once you’re done with the whole journey, it’s rewarding.”